IDEAS, FUNDRAISING & SELF-DISTRIBUTION
Learn how to develop your idea, raise money and get your film out into the world.

Documentary Production Workshop. Asunción, Paraguay.
I was inspired to create this series of one-on-one mentoring/consulting sessions from my interactions teaching independent filmmakers, aspiring and professional, from around the world. Whether it's in Los Angeles, Burma or Paraguay, we all face similar challenges when making an independent film: how to develop our ideas, where to find financing, how to deal with rejection, staying motivated through the process and how to get your film out into the world.

These sessions will help you better understand and develop your idea for a film, teach you where to find money and how to present your film in an interesting way to funders and how to get your film out into the world through do it yourself marketing and distribution tools.

I will teach youthe secrets to writing a successful grant proposal to developing your own self distribution plan. You will learn the tools that I've used for over a decade to make my films and get them out into the world (check out: Paraiso for Sale Case Study).

* Each session is 2 hours. They can be in person in Los Angeles, by phone or video Skype.
Anayansi Prado has received funding for her various projects from The John D. and Catherine T. MacArthur Foundation, The Rockefeller Media Fellowship, Creative Capital, Independent Television Services (ITVS), Ford Foundation (Just Films), Latino Public Broadcasting, The Pacific Pioneer Fund, The Paul Robeson Media Fund, The Fledgling Fund, Chicken and Egg Pictures, and the U.S. Department's  Bureau of Education and Cultural Affairs. 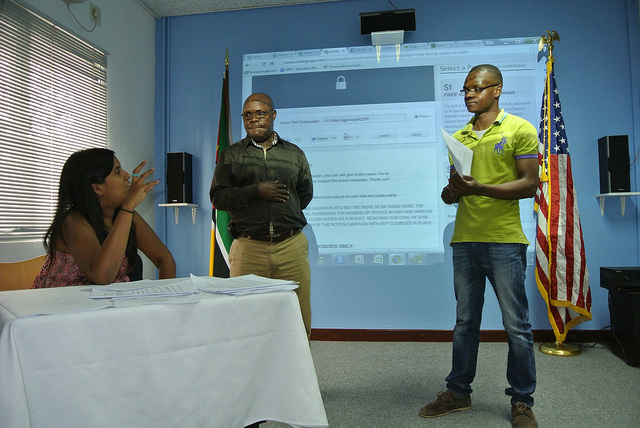